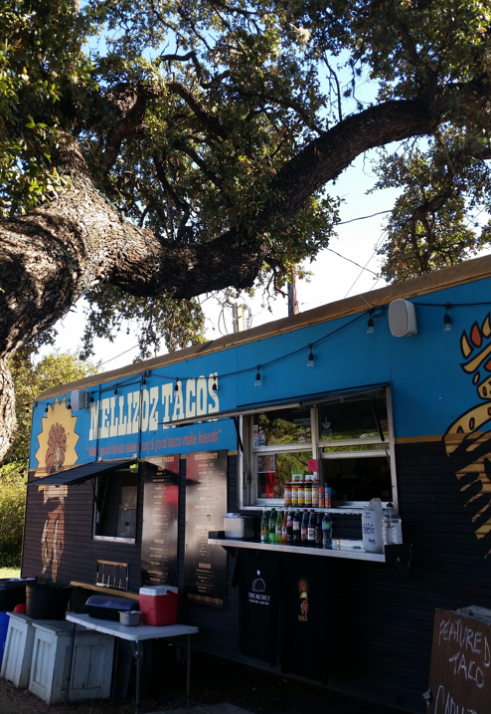 Are you heading to South by Southwest in Austin? Or planning a trip to the Lone Star State later this year? We will be sharing all of our favorite Austin spots on the site this week. If you haven’t heard, Austin is known for its food trucks and trailers. You find them all over the city, usually in clusters. While driving in from the airport, we spotted, at least, three clusters of food trailers on various lots before deciding on tacos and donuts for lunch. 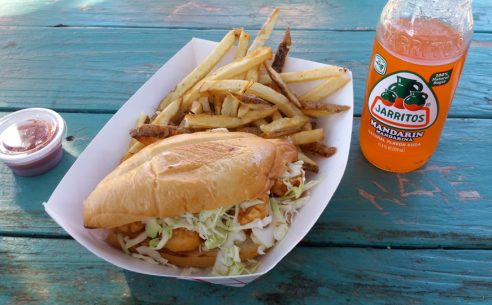 We loved checking out Mellizoz Tacos on South First Street, which is known by locals for their gourmet take on tacos. According to the owners, Mellizoz, which opened in Dec. 2008 is also one of Austin’s old food trailers. We had the tempura shrimp and the braised machaca beef and highly recommend both. Check out their menu here. And who can resist a delicious Mexican soda? Not us!

Our favorite aspect of the food trailer scene is the proximity of another delicious food, like this gem pictured above that, sits next to Mellizoz on South First Street. Gourdough’s makes decadent donut creations and also has two restaurant locations in Austin.

We love to try new things, so we started with Gourdough’s Porkey’s, which combines Canadian bacon, cream cheese, and jalapeno jelly. It was a sweet and savory creation. Then we tried Sara’s Joy, pictured below, which is a coconut treat with fudge icing and fresh coconut. It was magnificent. 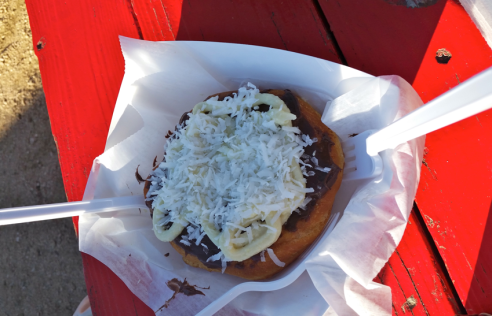 Looking for more food trucks? Check out Austin Food Carts. The site focuses on the popular food trend and offers an app for iPhones and Androids.

Don’t forget to visit Being Abroad later in the week for more posts on Austin. And tell us your favorite spots in Texas in the comments below.

One Response to “Finding food trailers in Austin”